Enter your City name or Pincode

Basti is a city in the Indian state of Uttar Pradesh. Originally known as Vaishishthi due to the ashram of Rishi Vashisth, it is believed to be a place where Lord Rama and Lakshmana spend some time taking lessons from Rishi Vashisth. 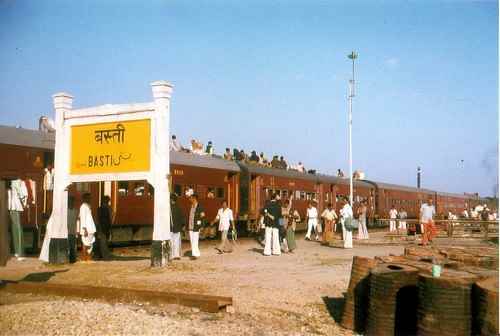 Basti is located between geographical coordinates between the parallels of 26° 23' and 27° 30' North Latitude and 82° 17' and 83° 20' East longitude. The Ghaghra River flows in the South separating it from Faizabad and Ambedkar Nagar districts. The city is spread over a total area of 1,040 square KM.

Basti has a good road and rail connectivity. There are frequent bus and taxi services operating here on different routes. National Highway 28 passes through the city. Basti railway junction is located on the main line connecting Lucknow with Gorakhpur and places in Bihar & Assam. Gorakhpur airport is the nearest one from here located at a distance of 62 kms.


History and Culture of Basti

Basti is a historical town and is said to be named after the ashram of great sage Basisth. The city formed an administrative unit under the rule of Sher Shah Suri. Modern history of Basti began 1n 1801 when it became a tehsil headquarter. In 1865, it was chosen as the headquarters of the newly established Basti district of Gorakhpur Commissionary.There are many historical places in and around Basti. One among them is Amorha Khas which  was once a province (state) of Raja Zalim Singh. Here lies the ruins of palaces of places and walls of Raja Zalim Singh with marks of of a bullet used by the English. Ramrekha Mandir dedicated to Lord Ram & Goddess Sita is also located in this part of Uttar Pradesh.

Basti is known for its cotton textile and sugar industry. Additionally there are many small scale manufacturing units of footwear, bricks, soaps, candles and many more items. There is also a good population of bamboo, eucalyptus, mango and shisham trees in the area. Most of the population here dwells on agriculture with paddy, wheat, maize, pulse, barley and potato as the mainly cultivated crops.

Basti offers a unique experience to tourists with many destinations to be explored here. Some of the popular tourist places here include Bhadeshwar Nath temple, Chando Tal, Paida to name few. One can also plan trip to Pakke Bazar, Ahmath Pull, Kutiwa, Ganeshpur, Makhauda, Chawni Bazar, Nagar, Chando Tal, Barah, Jama Masjid, Kateshwar park, Van Vihar, Mahua dabar, Bhuila taal  and Agauna.
Bhadeshwar Nath Temple: Dedicated to Lord Shiva this temple is situated on the banks of river Kuwana. Believed to be established by demon king Ravan, the temple attracts hundreds of devotees during Shivratri. A fair is also held on this occasion.

Chando Tal: This  place is located 8 kms from Basti and provides habitat to many migratory birds and is popular among tourists for birdwatching & fishing.

Rashtriya Van Chetna Kendra: A famous picnic spot it is visited by all those looking for recreational activities that includes boating.

Paida: It is another historical place near Basti that is associated with Indian freedom struggle. There are many freedom fighter monuments that one can find here. There is also a park here laid by the Horticulture department. It is located around 14 kms from Basti.


There are few hotels in and around Basti where you can stay while traveling to this part of Uttar Pradesh. Some of the famous hotels located here are mentioned below for reference.
Hotel Prakash
Address: Near Pandey Inter College, Basti, Uttar Pradesh 272002
Phone: 078390 91641

One can find numerous hospitals and chemist shops in and around Basti. Various government and private hospitals located here provides effective treatment for pains and injuries. Hospitals in this part of Uttar Pradesh are well equipped to handle all critical situations. Availability of ambulance facility along with trained staff helps in serving the patient better.

Comments / Discussion Board - About Basti